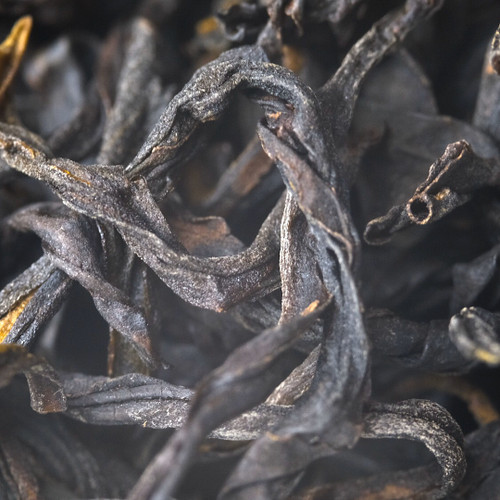 8 Immortals (八仙, Bā Xiān, "8 Immortals") - This tea is named after the legendary band of Xiān 仙 ("Immortals"): a motley crew of humans who achieved transcendental immortality through cultivating esoteric Daoist practices. Their lore is especially popular in Chaozhou where imagery of their various exploits can be found adorning traditional style houses. Thus it is no wonder they have given the name to this classic Phoenix mountain oolong. It was an 8 Immortals tree that was struck by lightning creating the ever popular, Thunderstruck oolong. The flavor and Qi of 8 immortals are as a result similar to Thunderstuck albeit more grounded. With a cool, crisp sweet fragrance reminiscent of animal crackers, this tea opens up into a bright flavor profile rife with notes of juicy muskmelon, syrupy peach cobbler, and dryly floral hints composing the undertone.